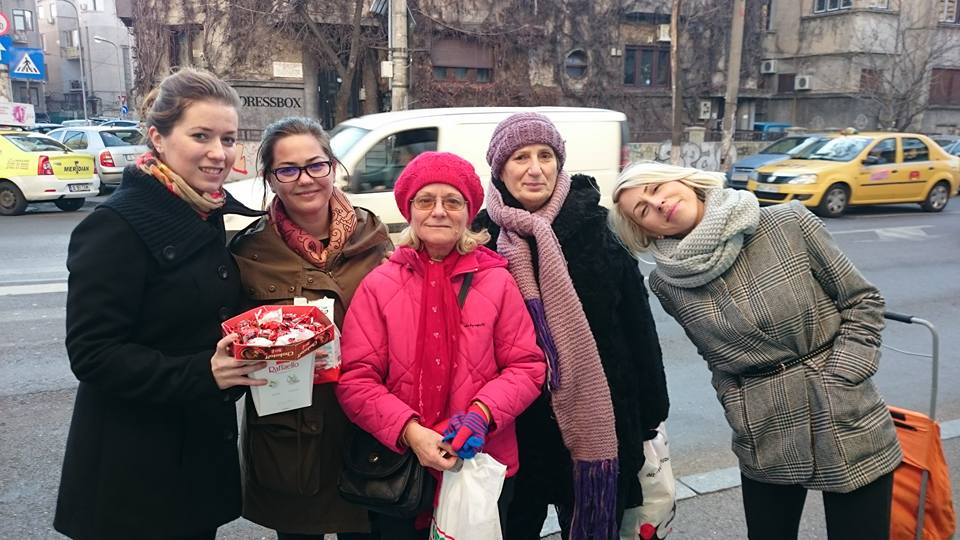 So, after the Black Friday, comes the light of Christmas. December is here, and our travellers were a little bit ahead of the Santa’s elves (they have the time on their side, if you know what I mean), and they’ve conducted a Spec Ops mission on his behalf. We will get there right away.

The third Creative Breakfast was not all about morning, but the entire day. After the participants learned the tricky ways of the promises, in “Anatomy of a promise”, course held by Raluca Kannan, they found themselves stripped off of their wallets (with no tricky intentions, of course. They received them back at the end of the day).

Now the fun part begins… divided into four teams, with just their action plan and their colleagues, they had to raise money, right from the streets of Bucharest. The money that have been raised were for the Shoe-Box campaign, organised to help children in need.

The strategies differed from selling candies in Roman Square, to washing office windows and cars. By the end of the day, the teams were able to raise: 1385 RON and… 2 Euros. Quite impressive!

The campaign didn’t stopped that day, and the travellers continued their mission even afterwards.

Have a galactic holiday!